The Love for three Oranges

„The Love for three Oranges“ is part of the series „The Glorification of Procrastination“, which started at the time when the world was coming to a standstill due to the pandemic.

It seems like a missed film that I’ve set aside month after month, year after year without knowing what it will  be about. Our apartment is not admittedly large, and despite our waiting room on the fourth floor, the roofs next to us are even higher. But it does have one thing, the apartment. Because of the fortunate position, it is able to catch the always changeable sun rays through the windows at the different times of the day! So now I’ve been in isolation within this small living room for a few weeks and when the gray days passed away and the spring struck – the sun came through my kitchen window for the first time directly over the neighbor’s roof – it was like the preview of that film. And it shone so brightly on one corner of the room that it could not be overlooked. The sun raised it for a sneaking moment, as if nothing else mattered. It directed my gaze to the neglected, to the postponed, to the incidental matters. Since then, hour after hour, day after day, week after week, I have observed how it changes it’s position, sneaks through my home and conquers scene after scene. But it (the sun) has probably decided only to let me take a part in this magnificent spectacle when I did nothing, didn’t want to do anything, postponed doing something, stopped still. “A tactical fluid game with discovery cards?” — my brain asks. “Meagre perceptual psychology” — my brain says. 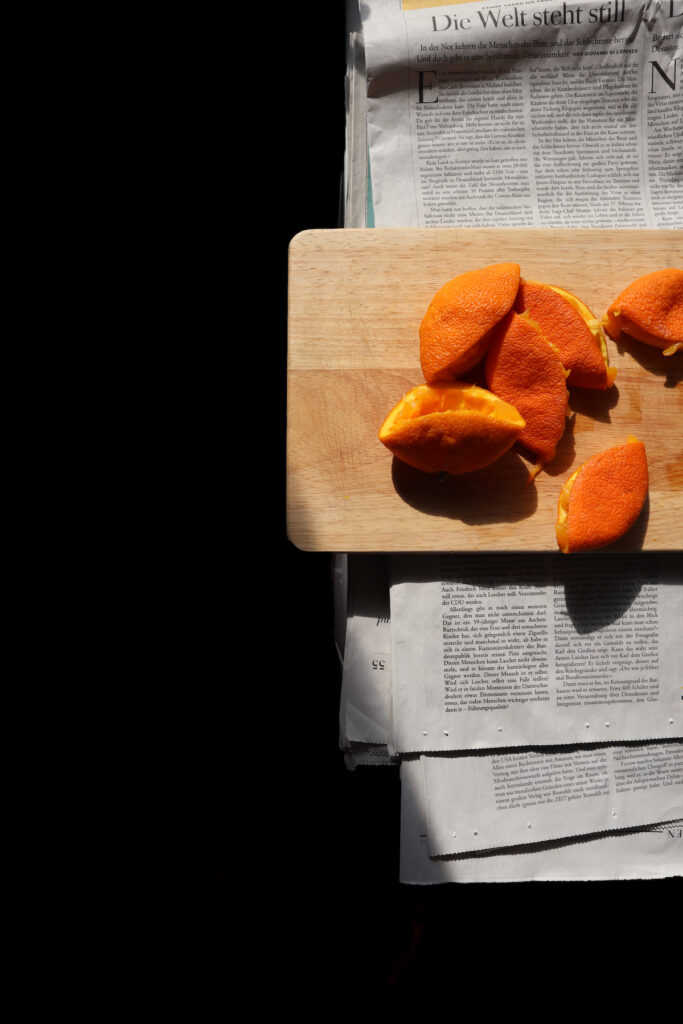